Protoje Takes Us To The Ancient Future 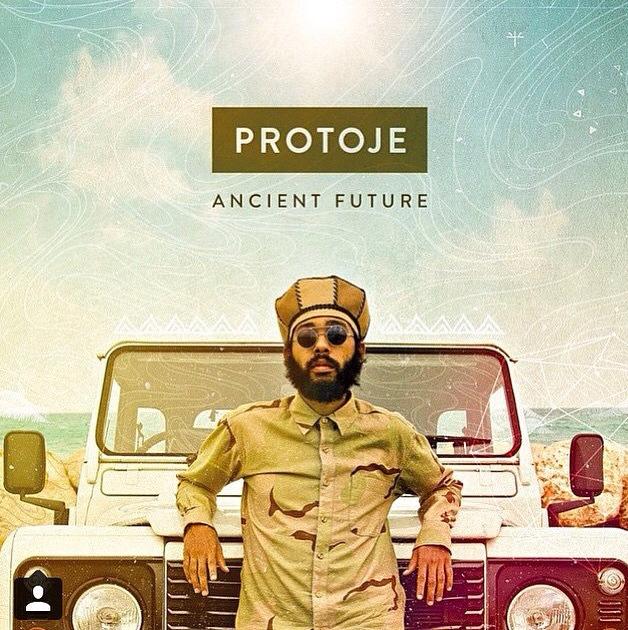 We have listened to ANCIENT FUTURE and…

I can’t tell the last time an artist really wanted us to know what they were saying. Before getting into why I like the music, let’s look at the effort of the physical album. It comes with lyrics.

We have been gifted with the lyrics of a reggae artist in an album booklet and I determine that it is a deliberate attempt to bring us back to basics–a controlled effort in reconciling the meaning of reggae music and it’s longtime purpose of delivering messages to the people.

If you want to find the young bloods of reggae, the ones grabbing at the mantle, this is it. If you want to keep it rootsy, but still listen to the leaves as they sprout, rather than the fruits as they drop–Ancient Future serves as the most focused, controlled and talent-evident musical production to have been released from any Jamaican artist in recent times.

The production is cohesive, deliberate–with no song or sound out of place. Protoje covers the modern Jamaican music basics with themes of upliftment, liberation and love of the ladies. He covers the range of reggae sounds, including ska grooves (Answer To Your Name) and rock vibes (The Flame ft. Kabaka Pyramid) that could only come out knowledge and respect of the genre’s history.

Protoje took on a stagename that I originally thought was a bit silly (protege of who?!), but as each song drops and each performance goes by, I realize that his mentor could not be one person, that he will never be fully grown, but steadily and constantly evolving. He is mentored by a genre and the people who make that up, old and new.

Ancient Future has me excited for his future, as well as the future of his friends, the featured artists. We’ve already explored the emergence of these artists in some ways, noting Mortimer’s enthralling hook on Acmatic’s first release of 2015, Free Jane and interviewing Jamaica’s newest darling songbird, Sevana. Who Knows, the hit single featuring one of reggae’s newest stalwarts Chronixx is the track that got everyone up and ready for this production and amazingly, it stands among a number of potential hits.

Now, we wait for the next music video! Will it be Sudden Flight? I would love one for Answer To Your Name…

The sounds are classic, but the sound is refreshed. Ancient Future is a back to basics production, that manages to communicate with young audience–simultaneously attractive to those who are familiar with classic reggae music.

Back to basics, but gone ah lead!

WALK GOOD: Legendary rapper #Coolio died yesterday from an cardiac arrest. May he live on through his music. Check out this performance of his most memorable song #GangstasParadise 🙏🏾🕊️
Loading Comments...
%d bloggers like this: