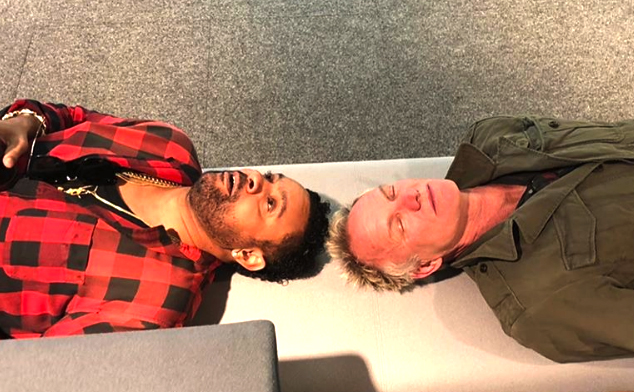 Diamond-selling and multiple-Grammy award-winning reggae artiste Shaggy was joined in a jam session by British pal Sting and The Last Bandoleros‘ Jerry Fuentes, to provide entertainment for people who are stuck indoors, for an In My Room series.

The former US marine-turned-reggae superstar began the set with his wildly popular number-one hit, Angel, with Sting singing the famous hook. The legendary Police frontman – who has a decades-long storied affair with reggae music – and Shaggy recently won a Grammy award for their collaborative effort, the 44-876 album.

The philanthropist also paid homage to Guyanese-born Brit Eddy Grant with an inspired interpretation of his iconic Electric Avenue.

The Jamaican artiste solicited the talent of Fuentes to perform his even more popular Billboard number-one track, It Wasn’t Me for the Rolling Stone stay-at-home series, which aims to lift the spirits of those who have been grounded by the global covid19 outbreak.