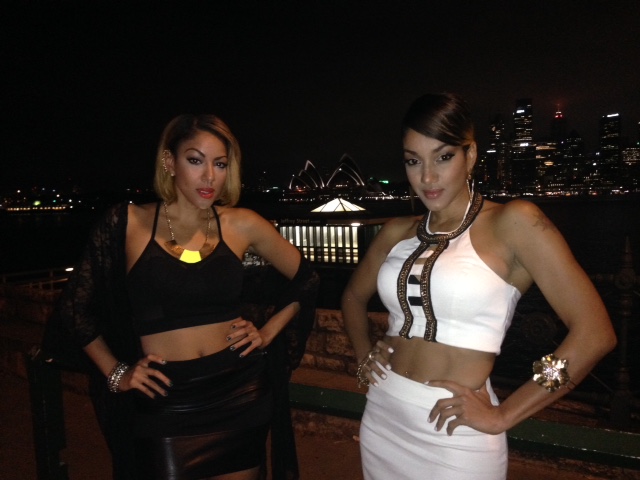 Its been at least 2 years that sister duo Brick & Lace parted ways to pursue solo careers.

Both have had success with singles Slippery When Wet – Nyanda & Stand Up – Nyla, and now the sisters are back together for their Australian Tour.

OAJ quickly caught up with Nyanda & Nyla down under.

OAJ: How does it feel to back on the road together again and does mean you are not solo again?

NYANDA: It’s amazing being back on the road with Nyla. It’s almost kind of nostalgic and its extra special because we’ve never performed in Australia  before. We’re still pursuing our solo careers but one thing that never changes is the fact that once Nyla and I touch the stage together as Brick & Lace it’s Pure MAGIC!!!!

NYLA: This tour has been an awesome experience. It feels good to be back on the road again performing for the fans. The energy here has been great,  we appreciate the fans so much!! Australia is a beautiful country. Nyanda and I are still doing our solo projects but we are sisters forever and will always be Brick &Lace to the end.

Both sisters also added that the Australian Tour has been extra special because their big sister Tasha, who used to be in the group has been travelling with them …. Now that’s a true Brick & Lace reunion….