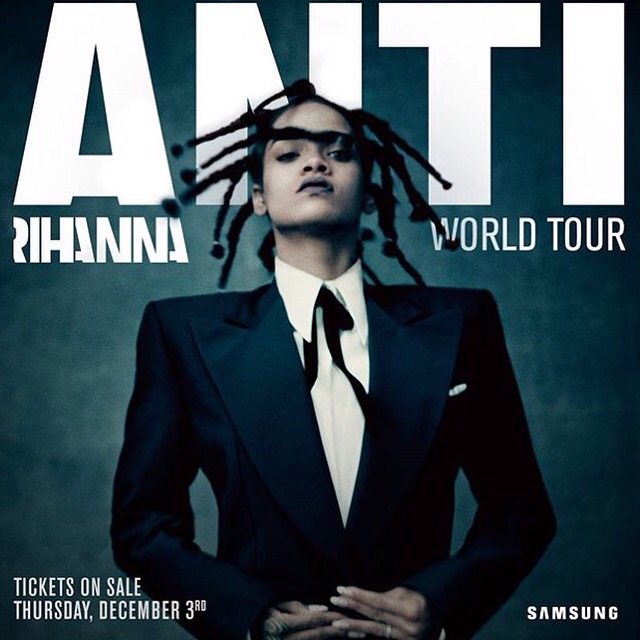 With her new album Anti to be release very soon. It was nice to see Rihanna support her fellow Caribbean artists with theirs.

On Sunday night at Haus in NYC Rihanna showed up to support Junior Reid for his new album titled Living Legend.

On Monday Rihanna announced via her Instagram account that her world tour staring February 2016 and she will be bringing Travis Scott on the US leg and The Weeknd and Big Sean on the Europe leg.

I think that she should do a Caribbean leg for her us … her West Indian massive! Also buss a new act from the region too.

What do you think?