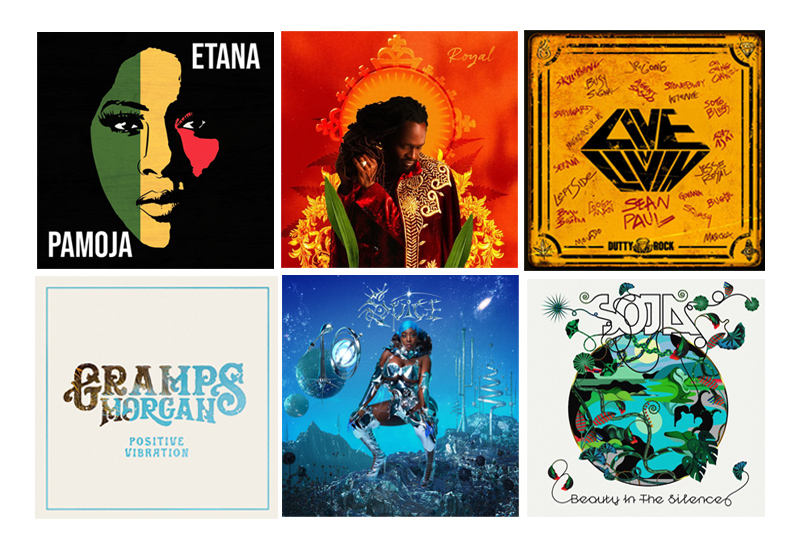 Regarding the Reggae Grammy…

The Grammy Awards finally took place on Sunday April 4, 2022, following a long delay. The 2022 ceremony was pushed forward from the original airdate due to the pandemic. A well-attended ceremony was held after being put off for what feels like a lifetime since the nominations were announced in November of 2021.

The Recording Academy is once again courting controversy, after awarding the ‘Reggae Grammy’ to not-so-well-known US band SOJA. I am Jamaican and would wish for the gramophone to be given to a Jamaican every single time. But, I am also a fan of well-produced, well-written and well-delivered music, and I prefer that the best album is recognised at all times.

For context, the first Reggae award was given to Black Uhuru’s Anthem, in 1985, and as early as 1986, the category became more diverse with the inclusion of a US band, Blue Riddim Band being named among the nominees. So, it is not unusual for bands that are not easily identifiable with Jamaican culture to be among those considered for the award.

However, in my humble opinion, the best album did not walk away with the gramophone, when the winner for the Best Reggae Album was awarded to SOJA’s Beauty In The Silence.

In late December, I listened to all the albums that were nominated in 2022 Reggae category, multiple times and made some notes about who I thought had a chance, who had the best overall album. Some of the albums improved in ranking on second or third listens, but one stood alone at the bottom of the pile throughout.

Below I will post an unedited notes, after multiple listens, on the nominees. The following was last updated on Sunday, December 26, 2021:

Takeaway: Beautifully curated ode to Africa, lots of and very welcomed Africa elements, be it featured artistes, language, vocal arrangement, rhythms BUT manages to retain Jamaicaness. I am still very much disturbed that Gemini didn’t get the recognition it deserved. Some mismatched duet partners.

Takeaway: The collaboration album we didn’t think we needed. Everything was credibly executed, the production, performers, lyrics, etc. It has something for every dancehall fan. Just the audacity to conceptualise and execute a project like this. I respect and enjoy the comradry. I hope other legendary acts do some projects similar to this.

Takeaway: Some unmistakable anthems that are beloved in the streets, brazen riddims that facilitates Spice’s signature delivery style (deejaying and or singing) with a few unexpected surprises. Social justice duet with her son. Project is solid out the gate.

Takeaway: Thoughtful and impactful lyrics. Depth. Effortless and charming vocal styling and delivery. Some of the beats are samey.

Takeaway: Very cohesive album, he clearly had a theme and stuck to it, whether he was pouring his heart out to his partner or painting care free island vibe.

SOJA – Beauty in the Silence

My Top 3: This Heart of Mine, Reason To Live, It’s Funny

Takeaway: It feels like a parody, like something Adam Sandler would do in a film. Not Sandler in real life because he’s actually pretty decent musician. Lacking depth. Second half of the album is the better portion.

I am by no means a music expert, just an avid fan. Those were my thoughts on the albums, some three months ago, and I still hold these views following the ceremony.

SOJA’s album is not the best from the group of nominee. The album somewhat reduces our beloved genre to some kind of college cover band sound. Etana’s Pamoja and Gramps’ Positive Vibration could easily assimilate into more global, non-Reggae categories, but then there is the part where the big machine push to break out of the Reggae branded box may not be available to the two extraordinarily capable vocalists.

Then there is Jesse, who is an unapologetic revolutionary firebrand, which could cause some amount of welcomed discomfort. Additionally, the Academy just does not seem to know how to receive unfiltered Dancehall music. The last time an unambiguous firebrand/antagonist won, was Peter Tosh’ No Nuclear War (1988).

Which brings us to Sean Paul’s Live N Livin and Spice’s 10. Sean Paul gathered a group of Dancehall artistes and made a Dancehall album, and Spice is styled the ‘Queen of the Dancehall.’ Over the years, the Grammy committee generally shows preference to hybrid/sanitised Dancehall over unfiltered raw Dancehall. The closest they came to full-fledge Dancehall is Sean Paul’s Dutty Rock (2004), and to a lesser extent Reggae fusion honourables, Shabba Ranks’ As Raw As Ever (1992) and X-tra Naked (1993), and Beenie Man’s Art and Life (2001).

Yes, I took Damian Marley and Shaggy into consideration, their music is more of a happy union at the intersection of Reggae and Dancehall. Sometimes it leans to Dancehall, other times Reggae, but generally a healthy mix of both.

Now, regarding SOJA’s win, my grouse runs much deeper than just being personally disappointed by a non-Jamaican being the winner of the ‘Reggae Grammy.’ Jamaican artistes are rarely ever afforded the courtesies of being considered in other musical categories/genres, meanwhile their pop counterparts can dip in and out of the Reggae genre and borrow from the original authentic sounds of Jamaican music with impunity.

Our biggest pop hits will still be filed under Reggae fusion, while Reggae fusion releases from non-Jamaican acts are afforded the privilege of frolicking unbothered under non-Reggae classifications and among genres that are considered less ‘urban’.

Jamaican makers of music and other industry personnel need to take an active part in guiding and guarding our music. Becoming a member of the academy and having voting rights and other technical inclusive roles are important aspects of preserving authentic Jamaican Reggae as a viable music on the global stage.

But, like I said before, I am just a fan, with an opinion. And, we know how it goes when it comes to opinions.