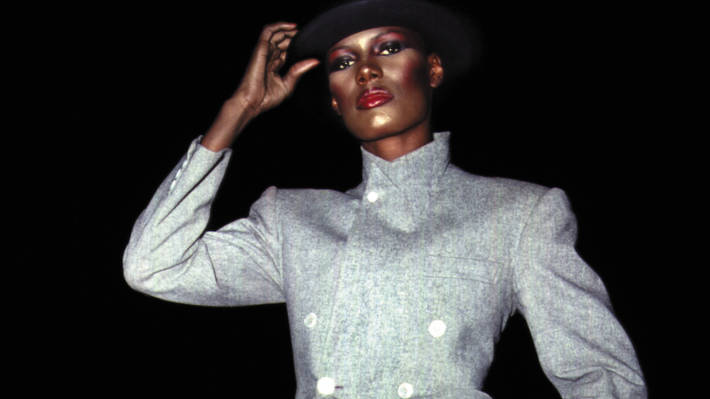 We are so excited that this book coming out soon from Icon, Jamaican, the original  bad gal … Miss Grace Jones, and and extracts have been released in which she is talking the tings  and some say  throwing shade, We don’t think so because she is Miss Jones.

Make some fever grass tea and sip while you read this extract below.

I come from the underground. I am never comfortable in the middle of the stream, flowing in the same direction as everyone else. I think people assume that’s where I want to be, famous for being famous, because as part of what I do there is a high level of showing off. But my instinct is always to resist the pull of the obvious. It’s not easy.

I have been so copied by those people who have made fortunes that people assume I am that rich. But I did things for the excitement, the dare, the fact that it was new, not for the money, and too many times I was the first, not the beneficiary.

Rihanna… she does the body-painting thing I did with Keith Haring, but where he painted directly on my body, she wears a painted bodysuit. That’s the difference. Mine is on skin; she puts a barrier between the paint and her skin. I don’t even know if she knows that what she’s doing comes from me, but I bet you the people styling her know. They know the history.

Grace Jones autobiography I’ll Never Write My Memoirs is scheduled for release September 24, 2015, until then you can enjoy more extracts here.