New Music Video: Protoje – This Is NOT A Marijuana Song 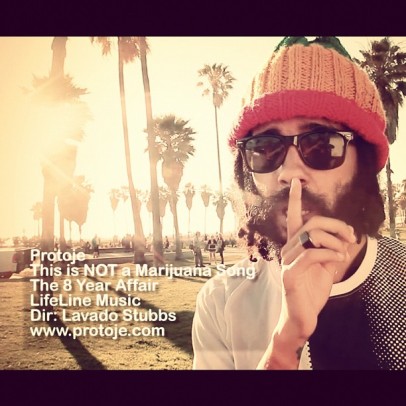 Back from his European tour and in the studio with producing his second album ‘The 8 Year Affair’. Reggae artist Protoje has released his new music video for the single ‘This Is NOT A Marijuana Song’.  The video was shot entirely on Venice Beach in California  by Director Lavado Stubbs.

I caught up for a little chit chat with Protoje after his performance at Usain Bolt’s Tracks & Records coming soon for o-access JAMAICA TV until then … Enjoy the video!